East Coast, Tairawhiti,  Tūranganui-A-Kiwa, Poverty Bay, The Coast, Gisborne and just good old Gizzy to us locals, this is a place with a lot of names. And a lot of history. The region’s tallest mountain, Hikurangi (1752 metres) is the first place the emerging sun shines on mainland New Zealand. The Māori name for the area is Tairāwhiti, the coast upon which the sun shines. The region – home to 44,000 people – is renowned for its dry, sunny climate, fertile soil and relaxed lifestyle. Its coastal position brings cooling afternoon sea breezes, characteristic of many of the world’s great wine growing regions, to vineyards closer to the coast. 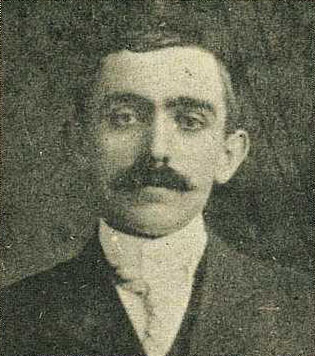 From the 14th century, several waka, including Takitimu and Horouta, brought people to the region from Hawaiki. The first formal meetings between Maori and European happened here, in what became Gisborne, when James Cook and his ship HMS Endeavour arrived in October 1769.

Wine was produced in the region from the mid-1850s for altar purposes and from 1909 for pleasure. The first grapevines are believed to have been planted in 1840 by Rev. William Williams at the Kaupapa mission station, Manutuke, then a decade later by French Marist missionaries Father Lampila and Brothers Basil and Florentin near Muriwai.

In 1909, Austrian blacksmith Peter Gurschka planted about an acre of grapes at Manutuke including Black Hamburg, Framina and Albany Surprise and by 1916 was making 700 gallons of wine a year.

A flood control scheme built along the Waipaoa River from the early 1950s enabled the fertile alluvial plains – known as the Gisborne or Poverty Bay Flats – to expand from sheep and beef farming, maize and squash to a cornucopia of products including sub-tropical fruits, market-garden produce and grapes.

A positive future for Gisborne wine began to surface when Wohnsiedler’s descendants expanded his winery and in the 1960s changed the focus from fortified to still table wines. Their winemaker Kevin Schollum introduced riesling sylvaner, chardonnay and cabernet. With capital from Auckland and Wellington liquor wholesalers, production skyrocketed.

Montana Wines brought through to Gisborne some thousands of rooted grapevine cuttings for the first plantings. Frank Viskvich, manager of the firm’s vineyards at Titirangi, hands over a bundle of plants to Mr A. J. Williams. Gisborne Photo News, no. 170, 14 August, 1968

Montana and Corbans needed Gisborne’s volumes to expand and began contracting landowners to grow grapes on their behalf from the mid-1960s. Penfolds, Cooks, Villa Maria also claimed a stake. Growth was rapid. Within four years, Gisborne’s 67-acre vineyard of 1965 grew to 650 acres. Early varieties were prolific – most common being Baco 22A, Seibel and Albany Surprise – but incapable of producing quality wines.

The Gisborne vineyard continued to expand throughout the 1970s with new varieties and new clones of existing varieties imported and planted to produce better-quality wine. Bill Irwin of Matawhero Wines imported the first Mendoza chardonnay clones to New Zealand and planted them in Gisborne.

Gisborne’s fertile soil and exuberant growth contributed to almost inconceivable tonnages and a ‘carafe country’ reputation. From the 1970s to the mid-1980s, Gisborne was New Zealand’s primary source of grapes for the growing cask-wine market. By 1982 Gisborne was the largest vineyard region in the country. A few years later Montana bought out Penfolds and merged it into the Montana group along with Waiherere, the former Wohnseidler Wine Company that had started it all.

Although large volumes of Gisborne grapes made their way into some of New Zealand’s most highly regarded wines, few companies confessed to the source of their award-winners.

Another step towards a higher-quality wine industry came with the 1986 Vine Pull – the government’s response to a national wine glut and price war – in which about a third of the Gisborne vineyard, 600ha, was uprooted. Premium grape varieties replaced old hybrids, a large quantity of müller-thurgau – the basis of most cask white wines – and phylloxera-affected vines. Better management techniques also helped Gisborne progress from cask-wine territory to award-winning wines.

Smaller boutique wineries – notably Matawhero Wines, The Millton Vineyard and Revington Vineyard – forged a name for themselves from the late 1970s, winning national and international awards with single-vineyard wines. These successes and excellent smaller-volume wines being produced by Montana, Corbans, Villa Maria and Nobilo helped pave the reputation of the region.

By the late 1990s, various big companies began to acknowledge Gisborne as the region of origin. Foremost were Corbans with its Private Bin and Cottage Block Chardonnays, and Montana with various labels including its letter series that included ‘P’ Patutahi Gewürztraminer and ‘O’ Ormond Chardonnay – from grapes grown on Wohnsiedler’s original vineyard.

Meanwhile, large producers Montana, Penfolds and Corbans were consolidated into one super company. Industry giant Montana bought out Penfolds in 1986 and, in 2000, acquired its biggest rival Corbans, the country’s second-largest wine company. UK-based Allied Domecq gained control of Montana in 2001 and on-sold in 2005 to French company Pernod Ricard SA. In 2008, Pernod Ricard NZ owned 380ha of vineyards in Gisborne.

2001 saw the establishment of GisVin Ltd by four growers to process Gisborne fruit for wineries without local facilities with the aim of enhancing juice quality and in turn the reputation of the Gisborne wine industry. Prior to the establishment of GisVin these grapes had been transported in bulk trucks to their respective wineries situated mainly in Auckland with a smaller percentage in Hawkes Bay, Martinborough and Blenheim with extended travelling times compromising quality.

The state of the art facility was commissioned in February 2002 processing 2900 tonnes of grapes that year growing to over 7,000 tonnes of grapes for 24 clients by 2006. Established primarily as a juicing plant GisVin soon evolved in to a full service winery with dedicated staff adopting accredited systems management.

However, Gisborne’s increasing reliance on chardonnay as the predominant variety contributed to the bottom falling out of the industry mid-2009. To correct an oversupply, major companies drastically cut volumes from contracted growers, wiping about a quarter from the local tonnage. Grapes due for replacement because of variety or disease were uprooted.

In 2016, Gisborne had 1350 ha planted in grapes. Chardonnay accounts for half of all plantings, at 664ha;  aromatic white varieties such as pinot gris, gewürztraminer and viognier account for 555 ha. Reds grapes account for 131 ha, less than 10 percent of the planted area.

Gisborne’s wine quality is internationally recognised; its reputation as a premium producer of Chardonnay, undisputed – for the consistency of crop, the wine and its flavour.

Wine still flourishes out here; Gisborne is the fourth largest wine growing region in the country. Wine writers, judges and everyday wine lovers continue to be impressed by the quality and variety of wines that come out of our region. Is there a kiwi anywhere who hasn’t raised a glass of Lindauer to their lips after singing for he’s a jolly good fellow? Probably not. And those grapes come from here too.

Throw in our legendary beaches – we’ve also created our fair share of world-class surfers – our laid back lifestyle and jaw-dropping scenery and, as we like to say in these parts, she’s a beauty. Get down here and meet some of the local characters who make these wines, lounge on our beaches, soak up some of our sun. It’s a holiday you’ll never forget.

Until you do, open anything that says ” Gisborne” on the label and taste the love we put into our wines.